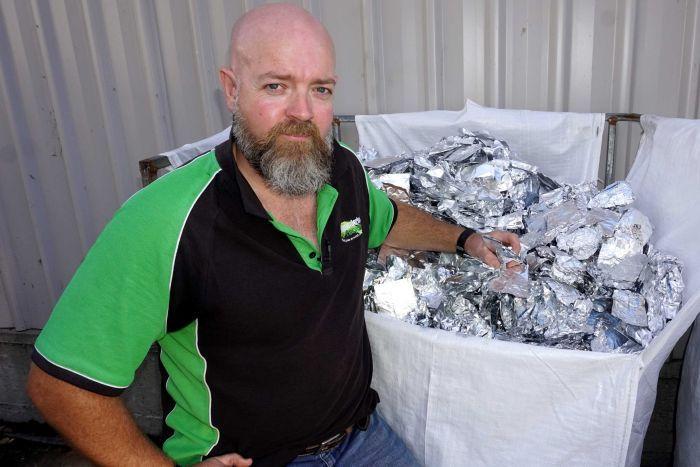 Gerard McClafferty from Salamander Bay Recycling has been waging his own personal war on waste by doing the rounds collecting tin foil scraps from six local hairdressers every week. After six months, he is now sitting on about one tonne of metal. 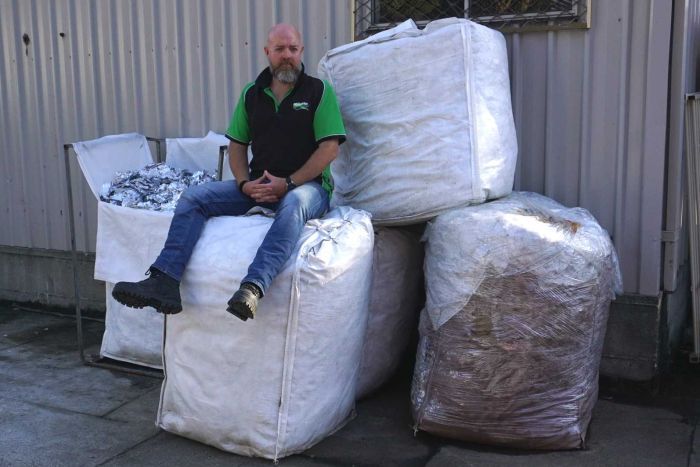 "We literally want to try to show the community and the country at large that there are other ways to do things and this is the first step towards trying to achieve that," McClafferty told ABC News.

According to McClafferty, the weekly foil collection project was initially developed as a method of quantifying how much foil ends up in landfill. After witnessing the sheer volume being collected and realising its impact on landfill, Mr McClafferty selected foil as the target of his personal war on waste.

"We've got five large bags, 200 kilograms each that will be diverted away from landfill and will prolong the lifespans of the landfills that are in use around the country", McClafferty says.

Local hairdresser Sarah Southwell a small salon in front of her Salamander Bay home, and states that she had previously been discarding around 300 metres of foil a week before the recycling centre started picking up from them.

Another Australian organisation called Sustainable Salons, has set up a resource recovery service designed for the salon environment that is also coming up with ways to recycle waste and cut back on landfill. They currently have around 500 members salons around the country, working with them to collect hair, paper, plastics, metals including aluminium foil, chemicals, razors and hairdressing tools.

But with about 12,000 hairdressers across Australia, Mr McClafferty says there were still many more tonnes of foil that could be diverted into recycling.

According to Planet Ark, Australia enjoys better rates of recycling aluminium than most in the world. It provides the following advice:

The Zero Waste Network represents social enterprises and not-for-profits in the reuse, repair and recycling industry across Australia – for a full list of members, see www.zerowastenetwork.org.au/members.

More from our Blog